In the news: Hitler shop opens (and closes) in India

Posted on September 14, 2012 by secondbysecond

Who would think that Nazi Germany and British India—the Third Reich and the ‘Jewel in the Crown’—would have the slightest thing in common? Mahatma Gandhi’s famous letter to Hitler (below) represents one of the few and little known connections. Until last week. 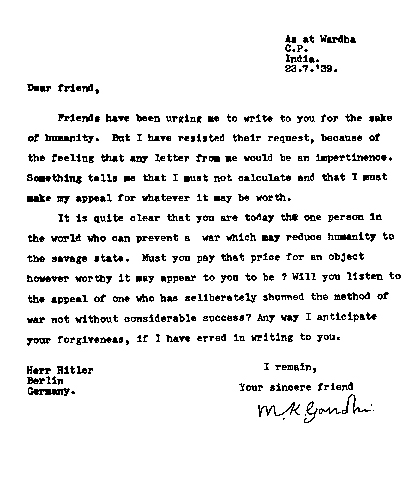 The British newspaper The Telegraph  reported the opening of a ‘Hitler Clothes Shop’ named, so the owner claimed, not in honour the Nazi Fuehrer but after his own grandfather who was nicknamed ‘Hitler’. (He had a reputation for being strict!).

Check the link in the Huffington Post Hitler Shop in India and notice the swastika in the centre of the dot in the ‘i’ of Hilter sign.

This entry was posted in In the news, World War II and tagged Gandhi, Hitler. Bookmark the permalink.