Posted on September 27, 2014 by secondbysecond 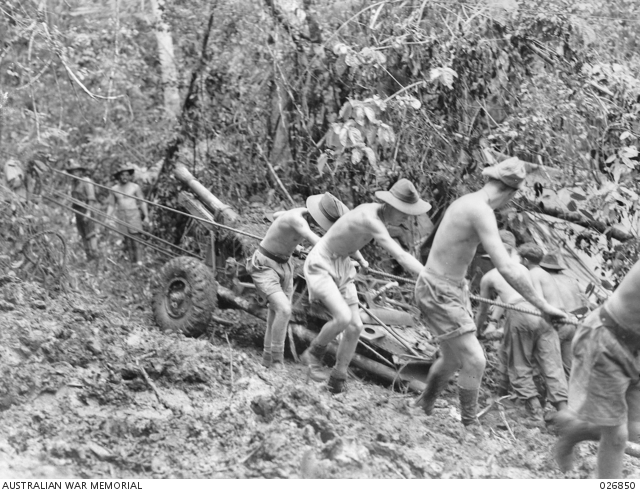 This week in the war, 25 September 1942, the Australians launched a counter-offensive along the Kokoda Trail, the path over the Owen Stanley mountains in Papua New Guinea, and attacked Ioribaiwa. Japanese forces were overwhelmed and, two days later, they began a rapid withdrawal.

The Kokoda Trail (or Track) campaign started in July 1942, when the Japanese landed in northern New Guinea and began their march southward along the Kokoda Trail towards the capital city of Port Moresby. The Japanese plan was to capture the whole of Papua New Guinea, thereby preventing Australia and New Zealand from receiving supplies and reinforcements from the United States. The campaign ended in November 1942 when the Americans and Australians attacked the Japanese beachheads in the north, at Buna and Gona—–culminating in the Battle of Buna-Gona.

The Japanese suffered a 75% casualty rate during their retreat, with starvation, typhoid, and malaria taking an enormous a toll. Many Australians at the time credited the Kokoda victory with saving their country from imminent invasion.