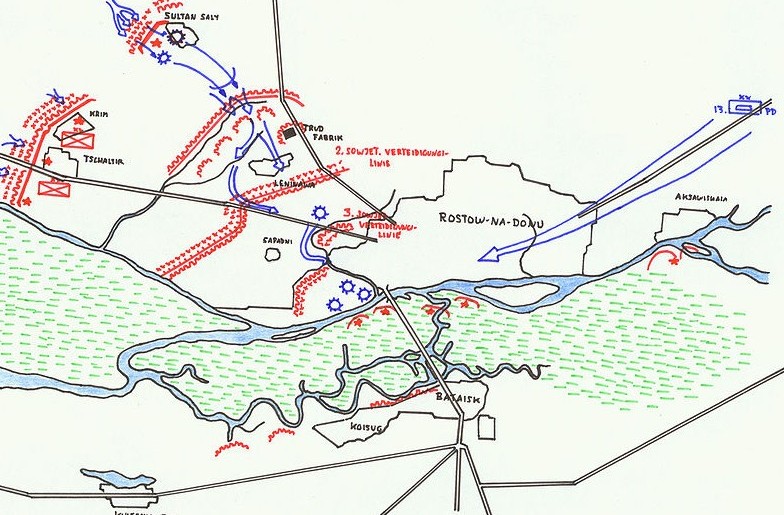 This week in the war, on 24 July 1942, Army Group A captured Rostov. Large numbers of Soviet troop formations were encircled or destroyed.

The Germans attacked the city not only from the north but also from the east, where the Russians had little or no defenses.

The fall of Rostov shocked the country and there were bitter recriminations and much talk of Red Army units panicking and fleeing—despite no orders being given to abandon the city. Many Russian officers and ordinary Russian soldiers were subsequently shot.

After the loss of Rostov, the mood of the country changed and became more defiant. As the Germans approached Stalingrad, the public expected more from the defending troops.

This entry was posted in World War II and tagged Army Group A, Rostov. Bookmark the permalink.