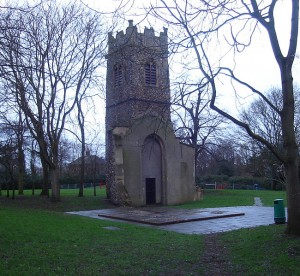 All that remains of Saint Bartholomew’s Church in Norwich after the Luftwaffe’s ‘Baedeker’ raid of 27 April 1942 [Creative Commons Share Alike 3.0 Unported; Author: Northmetpit]

German publisher Karl Baedeker began producing travel guides in the 1820s and their scope and popularity continued to grow for well over a century.

After an air raid by the RAF destroyed much of the ancient city centre of the German town of Lubeck on the night of 28/29 March 1942, Hitler vowed vengeance.

The result, known as the Baedeker Blitz, was a series of revenge raids against British cities whose historical, cultural or architectural value merited at least three stars in Baedeker’s guide to Great Britain. 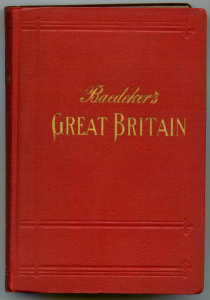 Norwich was bombed by the Luftwaffe, this week in the war, on 27 April 1942, and again on 29 April along with York.

Bath and Exeter and, later, Canterbury were all hit in the Luftwaffe’s Baedeker raids. Over 1,600 civilians died with a like number being injured.