Posted on April 9, 2014 by secondbysecond 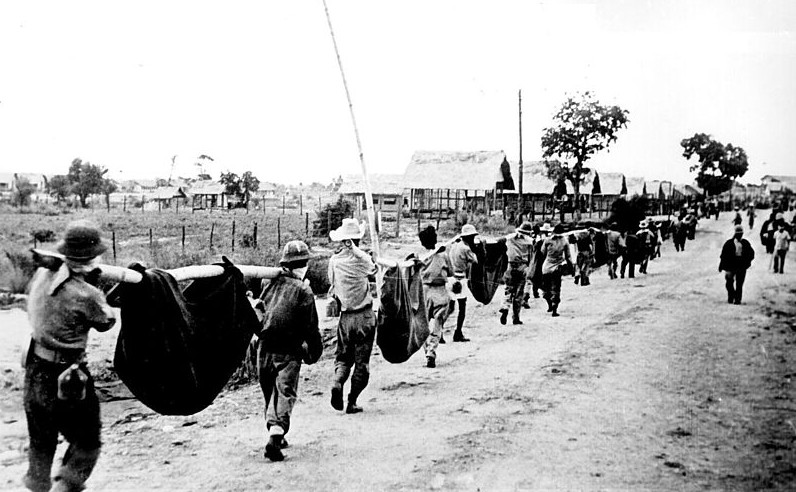 This week in the war, on 9 April 1942, forces in the Bataan Peninsula in the Philippines commanded by Major General Edward P. King Jr. surrendered unconditionally to the Japanese. A terrible ‘march of death’ began that day. Over 75,000 American and Filipino prisoners-of-war were forced to march from Bataan to prison camps in the north.

For three days, prisoners were give no food. Many hundreds of Americans and many thousands of Filipinos were to die through sickness, exhaustion, and the heat. Many, too weak to continue, were simply bayoneted.

King’s surrender was contrary to the orders of MacArthur, although it was later approved by Roosevelt.