This week in the War, 22–28 December 1941: Christmas present for Saint-Pierre and Miquelon

Posted on December 23, 2013 by secondbysecond

Coat of Arms of Saint-Pierre and Miquelon [Public domain, wiki]

On Christmas Day 1941, three corvettes and the submarine Surcouf of the Free French navy liberated the twin isles of Saint-Pierre and Miquelon. 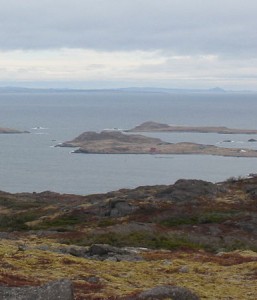 View of the island of Saint-Pierre [Public domain, wiki]

The islands, which are located in the western Atlantic close to the coast of Newfoundland, have belonged to France since the 16th century and remain French territory to this day. The invasion force sailed from Halifax, Nova Scotia, and was commanded by Admiral Émile Muselier (whom de Gaulle had appointed C-in-C of Free French naval forces).

As a French overseas territory, Saint-Pierre and Miquelon had been governed by Vichy since the fall of France in June 1940. Muselier deposed the Vichy administrator and appointed the French Resistance fighter, Alain Savary, as governor.

A plebiscite held the following day showed near unanimous support for the takeover. Nonetheless, the operation triggered a diplomatic crisis between the United States and the Gaullists. The Americans had friendly relations with Vichy and (unlike the British) had not yet accepted de Gaulle as the true head of the French nation.