Posted on December 17, 2013 by secondbysecond 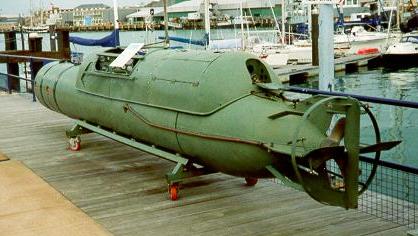 The Royal Navy was taking a hammering in the Mediterranean (to say nothing of the Far East!). Following the loss in the Med of the aircraft carrier Ark Royal and of the battleship Barham, on the night of 18/19 December 1941, Italian manned torpedoes (also called ‘human torpedoes’) slipped into Alexandria harbour and sank the battleships HMS Queen Elizabeth and HMS Valiant.

Luigi de la Penne, Antonio Marceglia and Vincenzo Martellotta were the pilots of the two-men torpedo ‘chariots’—or, pigs, as they were called. They slipped through the anti-submarine net defences when they were opened to allow a British destroyer flotilla to enter the harbour.

De la Penne placed his warhead beneath HMS Valiant but a mishap caused him and his diver to be captured. They were brought on board the Valiant. They refused to disclose the purpose of their mission and the charge went off while they were still aboard.

A similar explosion rocked the Queen Elizabeth, caused by the charge that Marceglia had laid. (Martellotta was similarly successful against his target: the tanker Sagona). 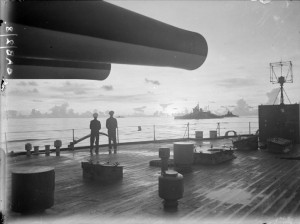 The two British battleships sunk in shallow water and, like some of the US battleships in Pearl Harbour, could eventually be refloated. The process would take months.

In the meantime, Sir Andrew Cunningham had only cruisers and destroyers to oppose an Italian fleet which included four battleships.