Posted on July 7, 2017 by secondbysecond 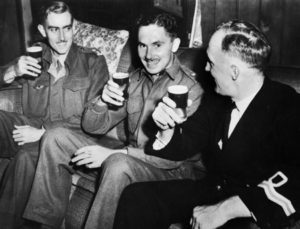 This week in the war saw the final and sad end of Lieutenant Colonel Ivan Lyon’s Z Force.

Since the fall of Singapore, Lyon had served with special forces (British, Australian and Free French) that were fighting behind the Japanese lines.

In September 1943, he led a successful raid against Japanese shipping in Singapore harbor.

He died while engaged in a similar raid in October 1944.

All of the members of Z Force were eventually killed or captured. Those captured were executed by beheading on 7 July 1945.

Once over twenty strong, Z Force had begun