Posted on February 5, 2015 by secondbysecond 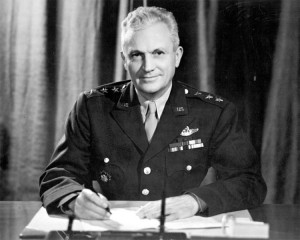 This week in the war, two American generals were named to their new commands.

On 5 February 1943, Lieutenant-General Frank Maxwell Andrews was named as commander of all US forces in the European theatre.

On 6 February 1943, Lieutenant-General Dwight D. Eisenhower was named as commander of all Allied forces in the African theatre. (Eisenhower had commanded the Anglo-American landings in North Africa, Operation Torch.) 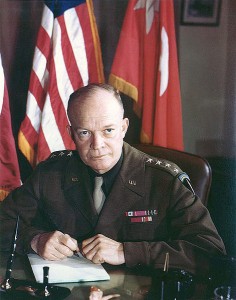 Both appointments had been agreed upon by Churchill and Roosevelt during the Casablanca conference in January.

Andrews had been instrumental in creating the US Army Air Forces—which later became the United States Air Force. He had the support of US Army Chief-of-Staff, General George Marshall.

After the appointment as commander for the European theatre of operations, it was believed that Andrews would be appointed to command the Allied invasion of Nazi-occupied Europe—the undertaking that would eventually be named Operation Overlord.

On 3 May 1943, Lieutenant-General Frank Maxwell Andrews was killed during an inspection tour of Iceland when his B-24 Liberator crashed into a mountainside.

The ‘Andrews air force base’ in Maryland is named in his honour and is well known for being the home base of ‘Air Force One,’ the plane used by the President of the United States.