Posted on March 3, 2014 by secondbysecond 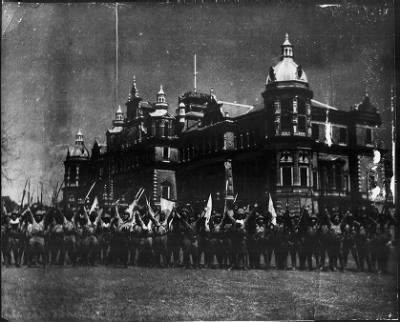 Burma: This week in the war, 7 March 1942, British forces evacuated Rangoon, the Burmese capital. Before leaving, they destroyed the dockyard installations and the oil refineries. Japanese troops had landed in the Irrawaddy delta. Next day, 8 March, the Japanese occupied Rangoon. 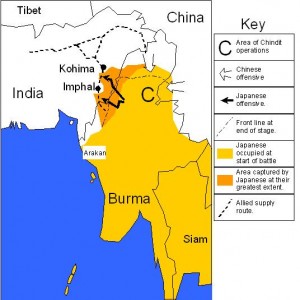 Despite their losses, the British managed to disengage and withdraw into central Burma with a view to joining up with Chinese forces in the north.

The Japanese campaign in Burma would last well into 1945 and take them into India. Weather (monsoons) affected operations and diseases such as malaria took a heavy toll.

This entry was posted in World War II and tagged Burma, Irrawaddy, Rangoon. Bookmark the permalink.