This week in the War, 3–9 November 1941: German blockade runner Odenwald captured by US Navy

Posted on November 7, 2013 by secondbysecond 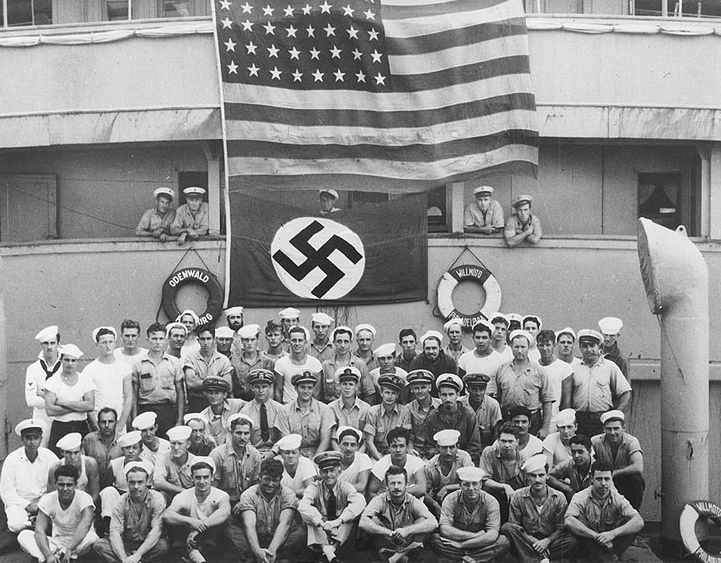 Crew members of the USS Omaha pose on board the captured German blockade runner Odenwald in the South Atlantic, November 1941 [Public domain, wiki]

This week in the war, when the United States of America was still neutral, the US Navy challenged and captured the German blockade runner Odenwald. On 6 November 1941, the American light cruiser USS Omaha and the American destroyer USS Somers were sailing in the mid-Atlantic when they encountered a suspicious freighter claiming American registration under the name Wilmoto. 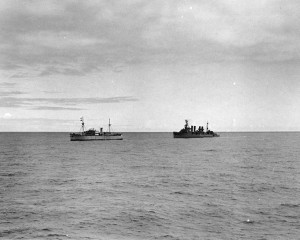 Britain’s naval blockade of Nazi-occupied Europe had been slowly starving Germany of materials essential for its war effort.

When the freighter took evasive action, the Americans challenged her and boarded her. They discovered that the American registration was a ruse and that the freighter was the German merchant vessel Odenwald, a blockade runner en route to German-friendly territory in Europe with a cargo of rubber.

The Odenwald was escorted to Puerto Rico and legally confiscated. Prize money was awarded to all of the crew members of the Omaha and Somers. The top photograph shows some of them posing for the camera on board the ill-fated Odenwald/Wilmoto.