This week in the War, 5–11 May 1941: Emperor Haile Selassie returns in triumph to Addis Ababa 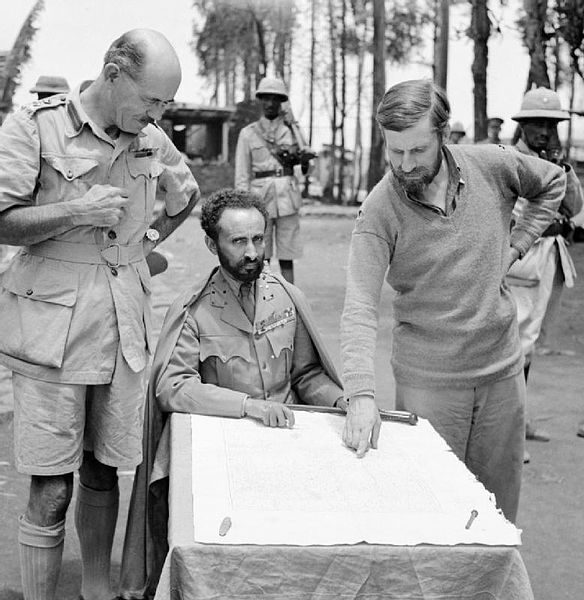 Haile Selassie glances up from the table as Orde Wingate points out a feature on the map, 1941 [Public domain, Imperial War Museum/wiki]

On 5 May 1941, Haile Selassie—the man who had addressed the League of Nations to plead for help in the face of the Italian invasion of his country—returned to his Ethiopian capital in triumph.

Colonel Orde Wingate—the controversial and highly unconventional Scottish artillery officer whom Wavell had chosen to join Selassie’s Patriot Army had quickly won the Emperor’s confidence, remaining with him throughout the remainder of the fighting. The Patriot Army, trained by British sergeants and officered by British, French and Commonwealth volunteers had marched across the border from Sudan and fought its way to Addis Ababa. 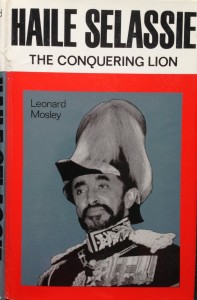 Events are recounted in Haile Selassie: The Conquering Lion by Leonard Mosley and in Orde Wingate by Christopher Sykes.

Both authors describe how Wingate found a white horse for the Emperor’s entry in the city and how Wingate ended by riding the animal himself, with the 2nd Ethiopian Battalion marching behind. Selassie preferred a recently-captured Alfa Romeo to the horse.

Later, speaking to his people from the imperial palace, Selassie declared, “Today is the beginning of a new era in the history of Ethiopia.”

It was exactly five years since Mussolini’s army had marched into Addis Ababa.