Posted on December 7, 2012 by secondbysecond 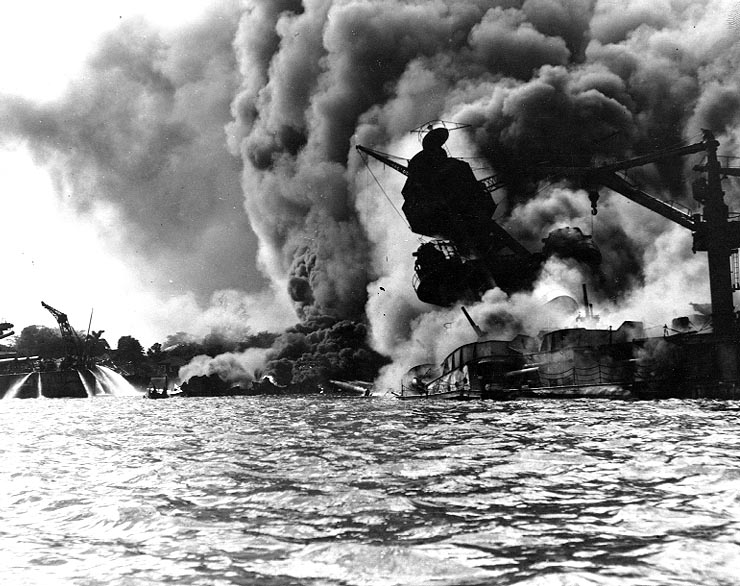 “A DATE WHICH WILL LIVE IN INFAMY.”

Today, Friday 7 December 2012, is Pearl Harbour Day—time to remember those who died exactly seventy-one years ago, and to remember the dramatic event which brought the USA into World War II.

“A date which will live in infamy,” Roosevelt called it, in his speech to Congress in which he asked for a declaration of war. Congress obliged.

Britain had suddenly acquired a new enemy (Japan) and a new ally (the USA). Churchill’s worry was that the USA was still not at war with Germany.

He needn’t have worried. Hitler declared war on the USA four days after the Pearl Harbour attack. (Was the man crazy—or what?!).

This entry was posted in Vignette and tagged Churchill, Pearl Harbour, Roosevelt. Bookmark the permalink.