In the news: Silver galore!

Last week, according to the British newspaper The Telegraph, hundreds of bars of silver were retrieved from the cargo ship SS Gairsoppa, which was sunk by a German U-boat in 1941. The ship went down off the coast of Ireland and all aboard perished, save for a lone sailor who made it safely ashore.

The treasure trove was recovered by Odyssey Marine Exploration, a firm that specializes in working at great depths—over 4700 metres in the case of the Gairsoppa, which went down in the Atlantic, 300 miles south-west of Galway. At today’s prices, the 48 tons of silver would fetch well over $300 million. 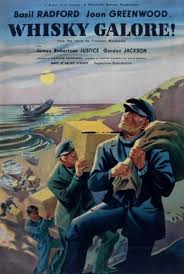 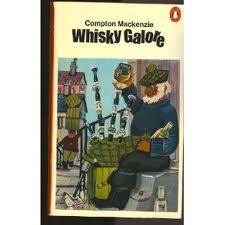 One manifestation of our fascination with lost treasure comes from pirate tales—but World War II has its share of stories, too, from Nazi gold hidden in Bavarian lakes to the liquid gold, i.e. whisky, that was lost and retrieved in much the same way as the Gairsoppa‘s silver.

The whisky tale was fictionalized in Compton Mackenzie’s best-selling novel Whisky Galore, and in the movie starring Basil Radford and Joan Greenwood. According to Mackenzie’s tale, the cargo vessel SS Cabinet Minister goes down near the make-believe islands of Great & Little Todday, off the western coast of Scotland. The ship’s cargo is whisky, thousands of cases en route to America. What better way to cheer oneself up during a middle of a war, the islanders think. They row out to the wreck and bring the cargo home to save for a rainy day—which is every day in their part of the world. Much amusement comes from their ruses to keep their cache hidden from the police and local Home Guard.

The story is true. In real life: the ship was the SS Politician and the island is Eriskay, in the Hebrides. People say there still some whisky left, even today, and that if you go to Eriskay, the islanders might offer you a dram or two.