Posted on November 21, 2013 by secondbysecond 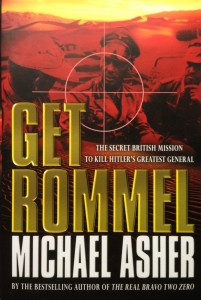 This week in the war, at midnight on 17 November 1941, Lieutenant-Colonel Geoffrey Keyes of the British SAS was overpowering one of the German guards at the headquarters of Lieutenant-General Erwin Rommel in Libya, North Africa.

Keyes was leader of a British special forces team that had been dispatched as part of Operation Flipper to either kill or kidnap the commander of the Afrika Korps. Alas, Rommel was not there. After losing one man killed, the British made good their escape.

Rommel had already left for Rome on 1 November. After berating the German military attaché there, he phoned Jodl in Berlin to complain about the high command’s opposition to an offensive against Tobruk. Afterwards, Rommel enjoyed a holiday in Rome with his wife, Lucie. He did not arrive back in Libya until 18 November, just after the attack on his headquarters had taken place.

The events are described in detail in Michael Asher’s book Get Rommel: The Secret British Mission to Kill Hitler’s Greatest General (Weidenfeld & Nicolson, 2004). 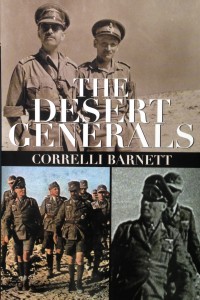 By coincidence, Operation Crusader, the British operation to push the Afrika Korps and their Italian allies from Libya and relieve besieged Tobruk began on 18 November—the day of Rommel’s return. After the failure of Operation Battleaxe, Britain’s Western Desert Force had been renamed the Eighth Army and placed under the command of Lieutenant-General Alan Cunningham.

The fighting lasted into the new year. By late November, Cunningham was affected by the strain and was replaced by Major-General Neil M. Ritchie. After repelling the British attack and mounting a spirited counter-offensive, Rommel pulled back to El Agheila on 5/6 January 1942.

Correlli Barnett gives an account of Operation Crusader in his book The Desert Generals (Castle Books, 2004).