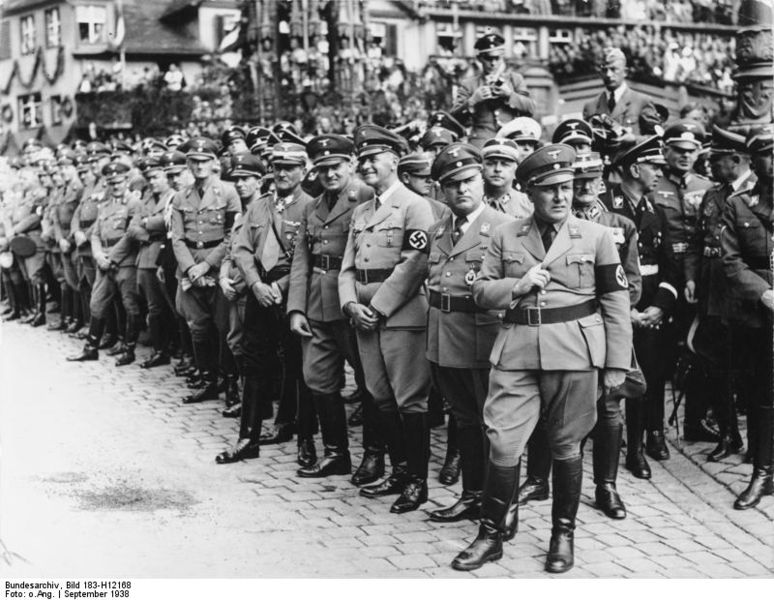 On 13 May 1941, three days after Rudolf Hess had fallen from the sky above Scotland, Hess’s protégé, Martin Bormann, stepped into the Deputy Fuehrer’s shoes. The Office of Deputy Fuehrer was renamed the ‘Party Chancellery’, and Bormann was confirmed as head.

In his book The Hunt for Martin Bormann: The Truth, Charles Whiting reports Sicherheitsdienst (SD) chief Walter Schellenberg as commenting, “If I thought of Himmler as a stork in a lily pond, Bormann seemed to me like a pig in a potato field.”

Bormann, a one-time farm manager who had served a jail sentence for his role in murdering a suspected-Communist, joined the Nazi Party in 1927. Being born in 1900, he was exactly twenty-seven years old. 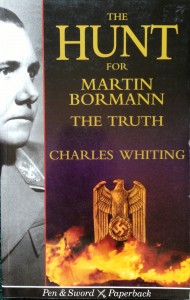 Bormann’s rise to power is described by Whiting in his book. Bormann married Gerda Buch, whose father was a close friend of Adolf Hitler; Hitler and Hess were guests at the wedding; Martin and Gerda’s first child was christened ‘Adolf.’

Bormann had a gift for handling money. He took over the running of the Nazi Party’s finances and, by age thirty-three (and on Hess’s recommendation), was chosen by Hitler as his chief-of-staff.

Hess’s fall from the skies and subsequent fall from grace was a dream-come-true for the scheming Bormann. While Hitler busied himself with the war, Bormann held the title of Reichsleiter. ‘The Brown Eminence,’ as he was nicknamed, was running Greater Germany, an empire of seventy million souls.

He lived to witness, in fact to promote, the demise of many of his rivals: Deputy Fuehrer Hess (declared insane), Hermann Goering (arrested for attempting to seize power), and Heinrich Himmler (disgraced following his attempt to negotiate with the Allies).

Bormann was with Hitler to the end. After the suicide of the Fuehrer and his mistress, Eva Braun, Bormann simply disappeared.

Rumours abounded. He had fled to South America; British commandos had smuggled him from Berlin; he was a Russian agent. Some of these ideas are presented by Whiting in his book, together with more recent postwar evidence that Bormann did, in fact, perish in the ruins of Berlin.